The weather will start warming up and soon dust will be kicking up in the Dallas areas softball fields.  Top softball teams will start season and tournament play competing each weekend for supremacy of the diamond.

The 04 Texas Travelers coached by Kyle Bennett is looking forward to adding to their success from the 2014 season where they won four competitive area tournaments in Dallas, Lewisville, Flower Mound and Waco while finishing in the top 3 spots in six other tournaments.  In addition to high tournament rankings; the league team finished in first place at the Mesquite Girls Softball Complex. 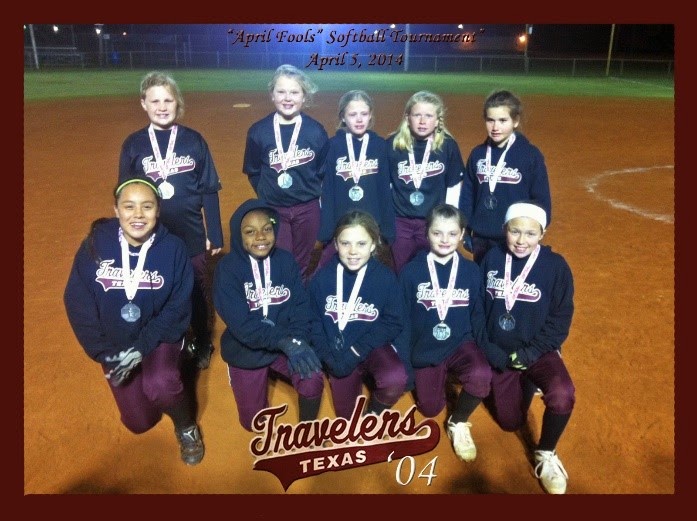 The Texas Travelers are made up of players from Hillsboro, Celina, Rockwall, Forney, Mesquite, Fort Worth, and other North Texas towns.  They boast some of the top talent North Texas has to offer.

This weekend, Sunday February 8th the Texas Travelers will play a “Friendly Round Robin Tournament” against the Shock, Oklahoma Angels, and Texas Glory at 299 Sports Parkway in Keller, Texas.  All four teams compete in ASA Tournament play which is the most competitive tournaments in the United States for 10 and under girls’ softball.

The 04 Texas Travelers plan to compete in ASA Nationals for 2015.  The strong North Texas Softball Club has won at IFA-VTD, USSSA, and ASA levels and continues its push to become the 2015 ASA National Champion held in Normal, Illinois.  In addition to playing in the ASA National Tourney; the Texas Travelers will also play in each of the national Qualifier Texas Challenge Series, and the Hall of Fame Softball Tournament in Oklahoma City.  The team is a fully funded endorsed softball team that intends on continuing its great success in the softball world.

For more information about the Texas Travelers Girls Select Softball Team visit their Facebook at https://www.facebook.com/pages/04-Texas-Travelers/774587365960430.