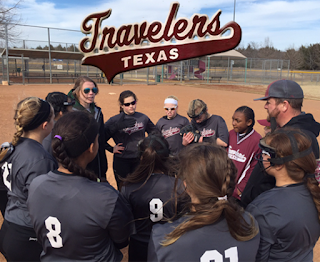 Staying in the Moment

It’s that time of the year when softball teams are advertising for players, and players are looking for teams.  Long gone are the days when you picked the local city club as the place where your daughter plays a game she loves with her friends who she will be attending high school with as many parents are trying to find clubs they feel will give their daughter the best opportunity to move to a higher level of softball in the future.

In a recent conversation with the Texas Travelers 03 head coach, Lee Kuyrkendall the discussion of players’ decision making about teams was a fun topic to discuss.  Before I share this conversation, let me give you a little background of Coach Kuyrkendall. 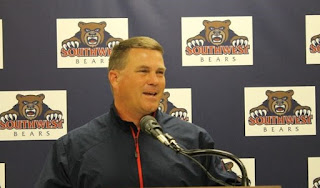 Now some may say that Lee Kuyrkendall only knows baseball.  However, that is far from the end of the story.  In addition to playing baseball and basketball for the Southwest Bears; he also played Men’s Fastpitch Softball with former players such as Glenn Moore, current Head Coach of the Baylor Bears softball team.

Needless to say, Coach Kuyrkendall has experienced coaching at the highest level.  His one advice to parents and select softball players are to “Stay in the moment” when finding the right select softball team.

What did he mean by that? 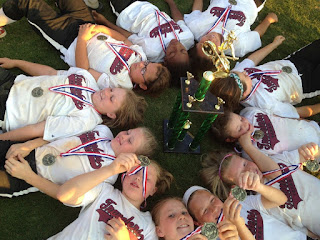 Today, many parents look at their softball player as someone who will be playing in college.  Many parents start talking about college softball as early as 8 years old!!!  Now in full disclosure, I have an 11 year old daughter and I often dream of her competing at the collegiate level.  She has high aspirations to play for Team USA as well.  However, if you ask her what her biggest concern is today, she will tell you, “Next year I am starting middle school.”  If that doesn’t open your eyes up as it did mine; then nothing will.  She is right!  My daughter has 7 years before she will graduate high school.  If I am so focused on college softball, both of us will miss the enjoyment and experiences of middle school and high school.

That being said, ask many pro players today and they will share their most memorable experiences were the ones they made in high school sports.

So what do we mean by “Staying in the Moment” when looking for a select softball team?
It’s simple.  Don’t look for a team that promises you that the only way for your daughter to play college softball is to play for their organization.  At 8, 10, 12 years old your daughter is NOT being recruited by colleges.  It doesn’t even make sense.  We will talk about the recruiting process later.
When you are looking for a team, look at them and see if they have strong team chemistry.  Do the girls enjoy playing with each other?  Talk with the parents of the other girls.  Are these the type of parents you want to spend the majority of your weekends with during softball tournaments?  Watch the coaches.  Do they know what they are doing?  Do they understand the game?  Can they communicate with all of the girls at their level?  Have they created an environment that fosters learning?  In short, is this a team that your daughter can have fun playing a game she loves?  It’s very important because there will be a time for every girl playing softball when it will be time to hang up the cleats and it’s over.  What memories were created during this time?

Let’s face it.  Select softball has become so monetized by large organizations that it makes sense for them to have many teams.  In addition to cost of travel, tournament fees and others they tack on fees such as $25 a player just to come to a workout.  They expect their players to come to these workouts.  They make an extra $5 or $10 on uniforms.  It doesn’t seem like a lot until you multiply these figures by the hundreds of players in the organization.  Now, the large organization starts making a few thousands of dollars off of each team they have in the organization.  I’m all for capitalism, but not at the expense of treating an 8-14 year old young girl as a consumer.  She only wants to play softball.
We can take this further.  What can that organization do for your daughter that you cannot do yourself? 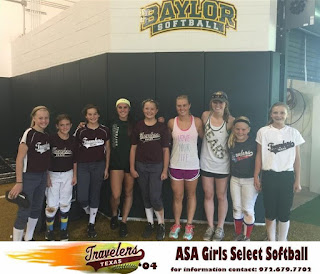 The big organization will say they have all of the connections to call college coaches.  Really?  Think about this scenario.  Your daughter is very good and one of the top players at her positions.  Today, you can research any college and get the name, email address and in most cases a phone number to a college coach at almost any college in the country.  If your daughter is good enough and the college has a need for her and her abilities on their team; you have just found a match.  It sounds pretty simple doesn’t it?  I have heard big organizations tell players, I can just pick up the phone and get you on the team.  Do you really think a college coach is going to sign your daughter to a scholarship without doing research themselves?

This blog is not a knock on big name organizations.  It is only written to shed some light on finding the right select softball team for your family.  The percentages of your daughter playing college softball are the same whether she played for a large or independent organization.  It will come down to your daughters’ skill level, grades and how persistent or determined you are to help guide her on this journey.

So this brings me back to “Staying in the Moment” when looking for a team for you daughter.  Find a team that will allow your daughter to create great memories playing the game.  Continue to assess each year that the team continues to meet this expectation.  Identify the vision of the team.  As your daughter prepares for high school, make sure the team is getting her ready to play at that level.  Once in high school, expect your team to guide and advocate for her during the recruiting process.  If you can’t look at the team and feel that they are 100% for your daughter, you need to look for another team. 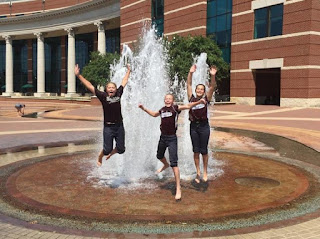 There are many teams across the country, and wearing a particular uniform will not determine whether she plays the sport she loves in college or not.

Stay in the moment and enjoy the journey.  I personally am looking forward to the next 7 years, but right now I am only focused on enjoying this year with my daughter.