There are certain tournaments across the country that live up to the hype, but this weekend is an exception.  The Texas Travelers will be competing in the Battle of DFW North Texas State Championship May 14th and 15th.  There will be over 40 teams across North Texas, Louisiana and Oklahoma who will be battling on the softball diamonds for greatness.

The USSSA tournament will be featuring some of the top 12U teams in the country, and as a first year 12U softball team comprised of all 04’s; the Travelers continue to make headlines with their play on the field.  In fact, the Texas Travelers are one of the most talked about teams in the country with many head turning players. 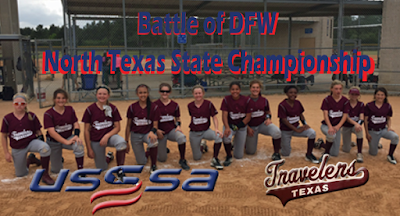 Tournament play will be in three different locations across the Dallas and Ft. Worth area with the Texas Travelers playing at Denia Park located at 1001 Parvin Street in Denton, Texas on Saturday.  Their Pool Play games will be against EPIC Fastpitch, Dallas Tigers and Glory Adkins 03 which will determine their seeding for Bracket Play on Sunday.  Some of the notable teams in the tournament will be Firecrackers DFW, Oklahoma Angels, American Freedom, Impact Gold and Texas Glory 03.
The competition will be strong, the days will be long; but the Texas Travelers and their fans live for softball weekends.  Good luck to all of the teams and girls competing in the Battle of DFW North Texas State Championship Tournament.

Because of the popularity of this event and the special access players and coaches will be receiving with Coach Schneider, there will be a limited number of players accepted into the clinic.  The coach’s clinic will take place the evening of June 21st and the players’ clinic will follow June 22nd.  The players’ clinic will be split into 10U-12U from 8 AM until 11 AM and 14U thru 18U from 12 Noon until 2 PM located at the Mesquite Softball Complex.

Coach Schneider will also be talking with players and parents about recruiting and collegiate opportunities. 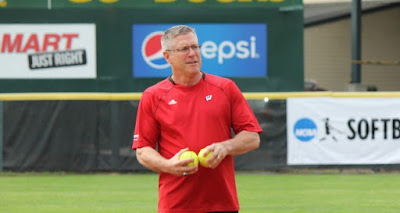 After serving four seasons as an assistant coach at Wisconsin, Randy Schneider will begin his second season as associate head coach of the Badgers during the 2015-16 season.  Schneider speaks nationally for National Sports Clinics, NFCA and conducts 20-30 camps yearly from coast to coast.  He also has 3 videos completed through Championship Videos: Biomechanics of Hitting, Physics of Hitting and Effective Practice Planning and drills.

Over the last five years, the team has posted an impressive 165-106 overall record and 58-52 conference record in the Big Ten.  In the last five seasons, Wisconsin has had four 30-plus win seasons after only previously having five 30-plus win campaigns in 15 seasons.

The 2015 senior class, led by walk-on Maria Van Abel (2015 All-Big Ten defensive team) along with Marissa Merch and Megan Tancill, went down as the second-winning class in school history.
In 2015, thanks to offensive mastermind Coach Schneider, the Badgers clinched the highest season on-base percentage (.389) in school history and claimed the Wisconsin single-season walks record (176). The team shattered the single-season record for stolen bases (118 stolen bases), and acclaimed the highest single-season batting average (.296).

The move to associate head coach came following another record-breaking campaign for the Badgers in which they won 36 games, including 15 in Big Ten play--both tied for the second most in school history--and reached the conference semifinals and NCAA Regional Championships for the second-straight year.

The Badgers qualified for the NCAA tournament for the first time since 2005, setting a school record with 44 wins and recording a program-best .772 winning percentage. UW's 16 Big Ten wins were the most in school history and its 28 non-conference wins and 24 neutral site wins also topped the list.
Wisconsin won the 2013 Big Ten Tournament for the first time in program history, defeating Northwestern, No. 6 Michigan and Minnesota on its way to the title. The victory over Michigan marked the Badgers' first win over the Wolverines since the 2002 season. 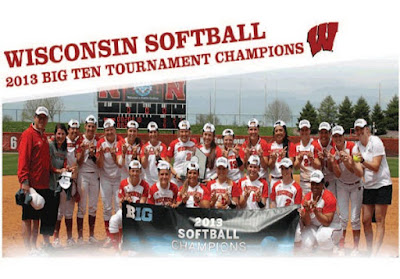 Schneider's offensive coaching prowess was evident in 2012, as Whitney Massey was named first team NCFA All-Great Lakes Region. Massey had a record-breaking season, hitting 22 doubles for the Badgers. The team's batting average of .300 and on base percentage of .385 were school-bests since the program started in 1996.

With Schneider's help, the Badgers recorded 30 wins in 2011, hitting the 30 win total for just the sixth time in school history. Wisconsin set a new stolen base record with 107 on the year and new individual records were set by Jennifer Krueger for all-time stolen bases and Michelle Mueller for stolen bases in a season by a freshman. The team was one of the youngest in Wisconsin history, with 73 percent of the roster comprised of freshmen.

Before joining Wisconsin, Schneider served as the head coach at Valparaiso for seven seasons, leaving as the program's all-time winningest coach. The Crusaders enjoyed winning seasons in each of the past four years and won 20 or more games in six of Schneider's seven seasons after reaching the mark just three times in the program's first 22 years. 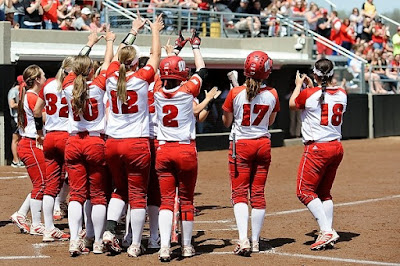 "I am thrilled to have Randy Schneider join the Wisconsin softball family," Healy said. "He is one of the most innovative, enthusiastic, and respected coaches in our game. His ability to teach and mentor young athletes has made him one of the top recruiters in the country. Randy is best known for identifying and attracting elite Gold players from the West Coast, to blossom and excel in a supportive Midwest, family environment.

"The program will immediately become more successful on the field, in the community and in the classroom under Randy's leadership. I'm thrilled to have a coach and person of his caliber join the Badger softball family."

Schneider was named the Horizon League Co-Coach of the Year in 2008 after his team, which was in its first year in the conference, finished in second place. In 2009, he led the Crusaders to a school-record 35 wins and a third-place finish at the Horizon League Championship. In addition, Schneider had 26 players awarded All-League honors and guided the program's first NFCA All-Region honoree in 2010.

"I'm really excited," Schneider said. "It's a wonderful opportunity to work for Wisconsin and to have the opportunity to work with Yvette. She is an outstanding softball coach and is poised to do great things. Obviously it's pretty exciting for myself and my family."

Off the field, Schneider's teams proved successful as well, boasting 36 NFCA Scholar-Athletes, eight CoSIDA Academic All-District honorees and the program's first Academic All-American in over 20 years. In the community, he helped the softball program start the "I Need a Hug" initiative, a program run by the softball student-athletes which in its six years of existence has grown exponentially and has placed many thousands of stuffed animals into local schools.