Fresh from being select to represent Texas in the ASA/USA National Championship, the Texas Travelers have been asked to enter the Hits for Hero’s Slam Tournament held in Arlington, Texas this weekend May 16, 2015.  The tournament is a 12u tournament, but that doesn’t worry the Texas Travelers who are a 10u team.  The only difference will be that the mound is a little further back (5 feet) and their completion will be a little larger than the teams they usually face. 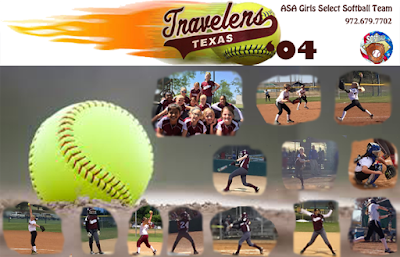 The Texas Travelers are one of the top teams in Texas and very much looking forward to being ready to play some of the top teams in the nation at the 2015 ASA National Championships in Normal, Illinois.  However, they have to find tournaments that will help them continue to improve and that means finding stronger more competitive teams.  This IFA-VTD sanction tournament will have 12u teams from Texas, Oklahoma, and Louisiana.  The tournament will have 3 pool play games which will seed the teams into a single elimination bracket games.

The Texas Travelers would like to wish all teams’ good luck and have a safe tournament.  We look forward to competing with you on the field.