For The Love of the Game

Think about the first time your daughter asked to play softball.  If your daughter was like mine; she was more interested in wearing the uniform and getting it dirty sliding onto the field.  And that was before the game even started.  My daughter didn’t know how to hold the bat correctly, and even put her glove on the wrong hand.  At the end of the first game she played, the final score didn’t matter.  As a matter of fact, my daughter didn’t even know if she won or lost. 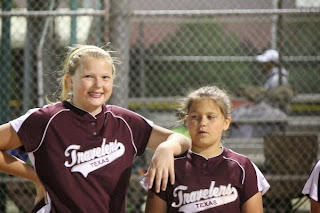 Now fast forward a couple of years to the world of competitive select softball.  This is where every game is close, and winning and losing determines whether you continue to play longer into the day and nights of the tournament.  The girls have grown up, and understand that sometimes giving your best doesn’t always produce the results they hope for at the end of the game.  They experience high pressure situations and sometimes they fail and other times they succeed. 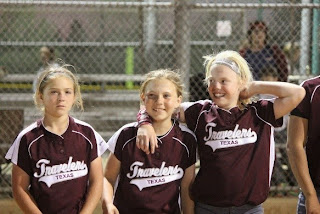 Although, I love the team she plays for and have a strong admiration of the parents and fans for her organization; I cannot always say the same for some of the teams she plays against.  You see, there are many parents (both dads and moms alike) on other teams that show just how classless they really are.  I have seen coaches and parents on the other side of the field degrade our players.  As a matter of fact, I am thinking about a couple of instances right now and am obliged to share these stories with you before I finish writing this blog. 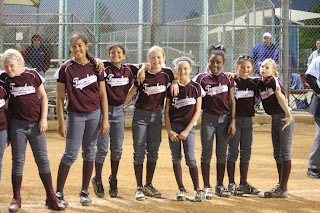 On one occasion, our pitcher had just given up a couple of hits for the first time in the game.  Our team had committed a couple of errors in the same inning and the bases were loaded.  Needless to say, the occasion was placing a high level of pressure on our team.  The fans of the other team as well as the coaches would have thought it was Game 7 of the World Series.  They were screaming and hollering trying to get into the heads of our girls.  By the way, did I mention the girls are 10 years old?  We lost that game, but after watching how those softball fans on the other side acted; we won the game of life because of the class we showed on and off the field.  You see, our girls have forgotten about that game because it was just that…A GAME.  As a testament to our coaches, parents and fans they did learn how one should act, and observing the other side, how you look when you act like a fool. 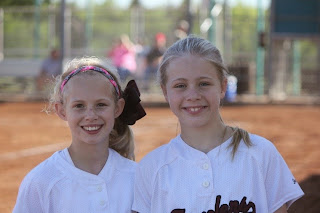 Another instance was a fan from another team thought it would be cute to steal the pitching signs of our coach and tell his daughter’s teammates what pitch our 10 year old pitcher would be throwing to them.  Although this is common in major league sports when you are paid to win; I personally didn’t think it had a place in youth sports.  He obviously thought it was giving his girls an advantage, and some might think he had money on the game.  Now, their team was still no-hit that day and we won 2-0; however, what message was he sending his daughter and what message was the coach sending as they condoned the actions.  In reality parents, fans and coaches of those youth teams are doing their own daughters a disservice in life.  Do you remember the song, “Cats in the Cradle”…Your daughters will grow up just like you! 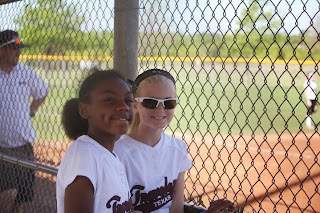 Just recently, I was sent a screenshot of a parent that was upset by how my daughter’s team was getting recognition from their fans on Facebook.  Instead of being happy for his own daughter’s team successes he took to a national softball forum and started to badmouth players and parents on our team.  Yes, you are reading this right.  A grown man (and women on the forum) were so pathetically lacking something in their own life that they had to try to tell anyone who was desperate enough to listen that my daughter’s team should not be happy or enjoy their successes on the field.  These weak minded individuals somehow forgot (I hope they forgot) that they were talking about 10-year-old softball players, and like the old classroom bullies who tried to tear down someone else for an intangible gain of self-worth.  This is probably the same guy that is upset because his high school letter jacket that he got for being on varsity his senior year doesn’t fit anymore. 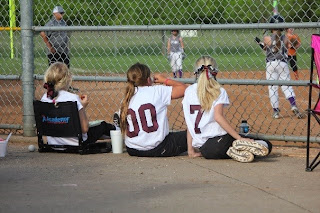 Now that I digress…I feel compelled to share why I love watching my daughter play competitive softball at an elite level.  It definitely isn’t for those few cases I mentioned above.  And I want readers to understand, that all fans and parents are not this classless at this level.  There are great experiences to be had, and I look forward to my daughter experiencing more rewards as the years of softball continue. 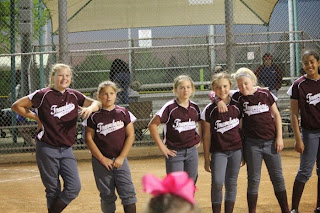 For example, a couple of weeks ago, I asked my daughter who her best friend was in school.  She quickly shared with me, “My softball team!”  And she didn’t just stop there.  She shared funny stories between games of climbing trees, having caterpillar races (yes real caterpillars racing down a sidewalk), and their favorite chants they make up in the dugout.  She loves to stay in the same hotel with her teammates and eat breakfast and dinner with them and their families. Did you notice anything in that last paragraph?  She didn’t say anything about the game of softball.  Now, she loves softball.  We practice every day and play more games in a month than most will play in all of their youth.  She has had many highs on the field and experienced disappointments as well.  She has done all of this with her team.  These girls have created a bond and will continue to grow stronger as the years go on.  Most of these girls will not be attending the same high school together because they live in different towns.  They will soon go different directions in life and some may not continue to play softball at some point.  However, they are building lifelong friendships and loving to play the game as a team. 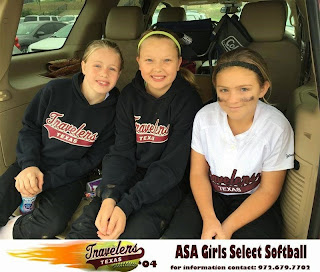 We as parents, coaches and fans are teaching our girls something every time we open our mouth, write something on social media, and how we conduct ourselves in a competitive environment.  I wish I could say, I have always acted appropriate; but I will say this.  My daughter and her team has taught me something pretty valuable this season.  They play for the Love of the Game and what it has to offer.

Sure, my daughter and her team has a goal of winning the 2015 ASA/USA National Championship this year in Normal, Illinois.  This is something very important to them and they are working very hard to achieve this lofty goal.  However, when it is all over; what will they really win?  A trophy or ring to put into their overcrowded trophy case.  A t-shirt that says I am a champion that they will soon outgrow.  Does winning at all cost at 10-years old really matter?  To some, like the three examples I listed, the answer is a resounding yes.  For this parent, my win (or rather my daughter’s win) will be when I help her grow into a strong confident woman who doesn’t need a trophy to say how great she is.  My win today is that she is healthy enough to play a game she enjoys and safely leaves the field after the game is over.  Our teams win is the strength of our softball family and the friendships we build lasting a lifetime.

My daughter and her teammates play for the Love of the Game and all that it has to offer.