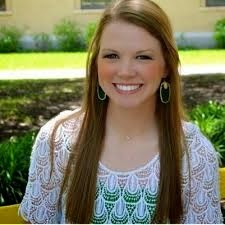 College graduation for many graduates means looking for a job and making career decisions that better your lot in life.  It has been ingrained that we should graduate and find that company that will start helping us financially for the future.  There are a few, however, that understand they were blessed with a gift and look to share their fortunes and experience with others.

Jordan Strickland is one of those rare individuals who is looking to give back to others.  In fact, the Baylor Bear softball legend is giving her time and softball knowledge to a group of young, up-and-coming softball players by helping the 04 Texas Travelers as they are competing to become the 2015 ASA/USA National Champions when they play the tournament in Normal, Illinois. 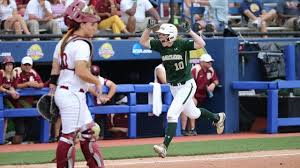 As a junior, the 5’8” shortstop played in all 65 games and started 64 of them.  Her batting average was .291 and led the team in home runs with 14 while tying for the team lead with Linsey Hays at 49 RBI’s.  Her 14 home runs her junior season were tied for the fifth-best single-season total in school history.  In addition to having power at the plate, she only struck out 17 times which was the fewest among the Bears who had at least 161 at bats.  Jordan scored 30 runs, hit 10 doubles and stole three bases.  She posted a fielding percentage of .921 and was second on the team with 73 assist being named Big 12 Player of the Week twice.  The Baylor Bear inspirational team leader tied a Women’s College World Series record by hitting two home runs in a win over Florida State and finished the postseason with nine RBI’s, three home runs and hitting .413.  She is Baylor’s all-time leader in postseason hits and batting average. 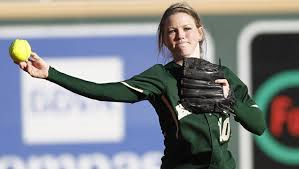 Shortstop is often considered to be the most important position on a softball field.  They are expected to cover more ground and make more split second plays than arguably any other position on the softball diamond.  For four years, Jordan Strickland has lived up to these expectations.  “I’ve always felt the shortstop is the position of leadership,” Strickland said. “If you’re not a leader in other aspects of the team, it’s very important for me to be a leader out there and lead the infield and be a voice. I want to give all I have and show leadership by example.” 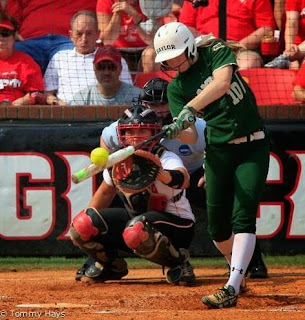 “I could not be more pleased to have Jordan join our coaching staff.  She is a remarkable young woman with a great career, and an excellent role model for all of our girls to imitate” states, Head Coach of the Texas Travelers, Kyle Bennett.  Jordan will be working with the infielders primarily, but more importantly sharing her experiences on and off the field with the impressionable young softball players.

She will make her coaching debut with the Texas Travelers during the Triple Crown Series held in Oklahoma ironically during the same time the College World Series will be taking place.  “I am happy to be part of the Texas Travelers organization.  They are a select softball team with a rich tradition.  They don’t just care about winning.  Winning is nice, but the organization is looking at helping these girls prepare for the game of life.  In addition to helping the girls play for their varsity teams in high school and even at the college level when the time comes; they are teaching girls important life lessons which will carry them much further after softball is over” adds Strickland.

Jordan’s season came to an unceremonious end this season as Louisiana-Lafayette beat the Baylor Bears in 6 innings of a two-game series.  The Lady Bears had to win three games Sunday, May 17th, and after beating Mississippi State in game one, Louisiana-Lafayette in game two, but fell short falling the last game to the Regional host.  It wasn’t how Jordan planned to finish her career at Baylor, but don’t worry about her.  Great things will continue to happen, and starting with the Texas Travelers; she will be helping a lot of young girls on her new path.