Recently, the 04 Texas Travelers held an open tryout to all 2004 select softball players.  The tryout took place at Sunnyvale High School and featured about 20 great players as well as the current Texas Travelers who took 3rd in the 2015 ASA/USA National Championships in Normal, Illinois. 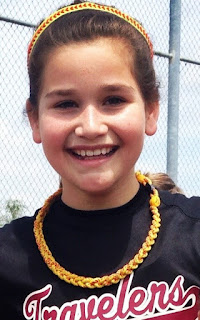 The top select softball team was looking to add additional bats and competitive talent to their already strong team as they continue to play in the most prestigious tournaments in the country.  Saturday morning tryouts yielded some great players to go with the all-star softball players already with the club.  One of those additions is pitcher/outfielder, Emily Jonte.  Before playing with the 04 Texas Glory last year, Emily was an essential player for the 04 Texas Travelers as she brings a big bat, strong arm, and softball savvy coaches love to have.

“When Emily was not with us last year, the Texas Travelers felt the difference she could have made in our pitching rotation as well as our lineup.  It is exciting to add this type of caliber of player to our team, and will give us additional weapons in the field as well as batting.  She is also a great kid to be around and will be a plus in the dugout” states, Kyle Bennett, Head Coach for the 04 Texas Travelers.