Life isn’t fair so why do you expect Softball to be?

Recently I had a discussion on one of my trips from Houston back to Dallas, Texas.  Now this discussion was with a colleague of mine who has also coached select softball at a high level.  He proposed a question and asked, “What are your feelings on ‘Daddy Ball’?”  I stated emphatically that “Daddy Ball” ruins the game, and can hurt players.  In a past blog, I wrote how my daughter’s introduction into select softball was a terrible experience as we were exposed to “Daddy Ball”.  My colleague, known for being opinionated, made the statement “How did that hurt your daughter?”  He stated that the experience she went through actually helped her.  Five hours later, he convinced me that “Daddy Ball” wasn't a bad thing.  Yes, you heard that right.  “Daddy Ball” is actually great for girls’ softball.

OK, now that I have you steaming mad right now or completely dismissive of this blog, let me try to explain the points my colleague was making that convinced me. 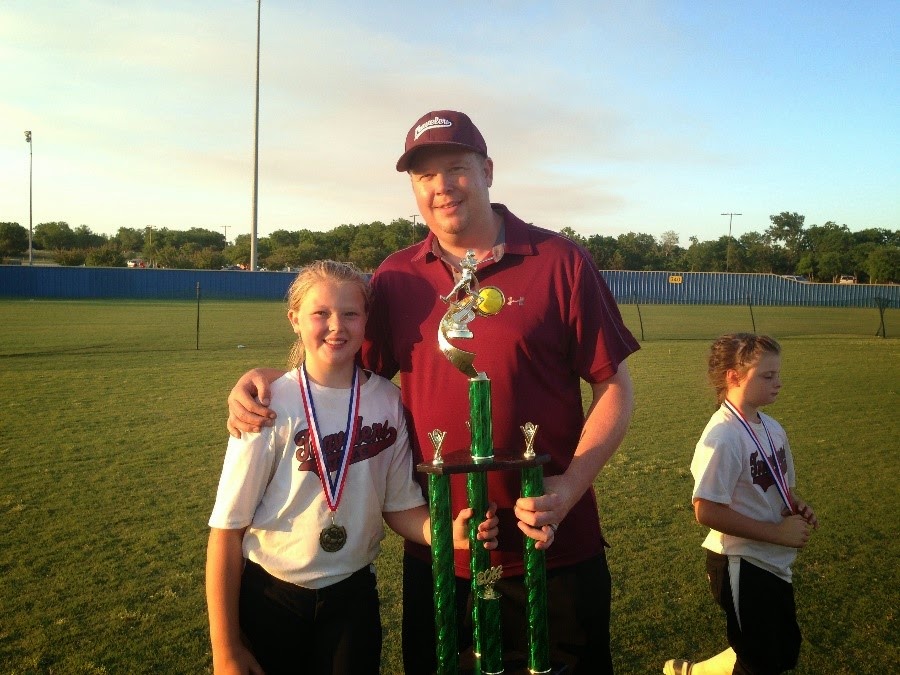 First, let’s look at life itself.  Have you ever been passed over a promotion in a job or felt unappreciated with the work you do by your boss?  We all have at one time or another.  Have you ever been pulled over and given a speeding ticket while the car who was going the same speed got a free pass?  Or think about when you were in high school, and the person in front of the fast food line got a discounted meal because he knew the person behind the counter and you received minimal portions at full price!  We all have stated, some people have all the luck…right?  Life just isn’t fair.

Is life really not fair?  Maybe that promotion in the job would have given you more money, but what kind of stress would have been added to you.  Maybe that ticket saved your life as you remember to slow down the next time you went through the speed trap.  Maybe the extra food you wanted kept you from having a heart attack by the time you turn 40.  It all comes down to perspective.

Second, who is responsible for the growth of youth sports?  We are going to focus on softball, but this blog pertains to all of youth sports.  Let’s look at the teams itself.  Who coaches the teams 9 out of 10 times?  Usually the dad (moms are starting to coach more often) of one of the players.

So let’s take a deeper look at the commitment a dad makes to the team.  The dad is usually someone who played sports in high school and maybe in college.  His skillset is that of someone who loves sports and likes coaching kids.  If we are lucky, he knows the game he is coaching.  He has a fulltime job that pays his family’s mortgage and puts food on the table.  (He spends about 40-60 hours a week in that job).  He spends 2-4 hours a week at practice with your kids.  He spends another hour or more if committed analyzing competition during the week.  He spends another hour a week studying the game so he can motivate and coach the girls on the field.  For tournament teams, the dad will spend another 6-8 hours at the field for Pool Play Games, and then average 4-6 hours for Sunday Bracket Games.  At a minimum the Dad, I mean the coach, will give an extra 14-22 hours a week to the team.  For most coaches, there is no payment, no discounted cost for their daughter to play, and when losses happen; all too often he hears how he could have had a better game plan.  (As an assistant coach for a top select softball team I absolutely love all of the girls on the team that my daughter plays for.  However, there is one girl on the team that I love the most and the longest.  Yes, it is my daughter.)  Coaches in essence are working a part-time job with no pay.  There only form of payment is they are getting to spend 20 hours a week of quality time with their daughter and the sport they love to play.  Without these coaches, where would your daughter be today?

If you were the reader who said, “Yes but…” Let me interrupt your train of thought really quick.  Anybody can put together a team and coach.  So, if you want to coach and make all of the decisions, by all means do it.  Make sure you commit to listening to unhappy parents, understand feelings of young girls, put together a game plan, schedule practices, be at practices and games early, and understand that your 20 hours of extra time with your daughter will be interrupted with additional attention to 10 other girls.

So we as parents have put a negative connotation on the term “Daddy Ball”.

I completely understand why.  I described my daughter’s first experience with a select softball team to my colleague this way as well.  She wanted to pitch.  The head coach told the team that anyone wanting to pitch for the Fall Season had to take pitching lessons.  She did.  She was never given an opportunity to take the mound during the whole Fall Season.  By the way, that team lost every game without even coming close to a victory.  However, the four players that received some mound time during the 20 game season were coaches’ daughters.  I felt that was an injustice to my daughter not getting to have the opportunity to pitch for that team.

His simple answer was, “It doesn’t look like it hurt her.” (My daughter is now the starting pitcher for a great select softball team that looks to her to deliver excellent results.)  During this five hour drive, I said, “OK, but I took the time to work with her.  I kept taking her to pitching lessons.  I motivated her when she was down and helped teach her the nuances of the game.”  He replied, “So that experience helped her develop into what she is becoming today?”

I’m pretty thick headed!  Just ask my wife if you don’t believe me.  I hate losing an argument, so I turned my focus on other girls.  I then said, “Well, let’s take my daughter out of it.  There were three other girls on the team that didn’t get a lot of playing time.  They usually found themselves on the bench and playing the outfield when the game became out of reach.” I argued, “Out of the four coaches, their daughters played catcher, shortstop, third base and pitcher.  They never moved off of the infield.  As a matter of fact, the best friend of one of the coaches’ daughters played second base.”  So he then asked me “what are they doing now” referring to the coaches’ daughters.  I told him that all of them except one are out of softball.  The one that is still playing is playing rec ball and nobody really hears about her anymore.  I started to understand what he was saying, but he wasn’t satisfied with his point.  He asked, “And what about the three girls that were sitting the bench or not getting significant playing time?”  The point was made.  I said, “They are all playing for select teams and doing quite well in softball.”

So I had a new perspective on “Daddy Ball.”  It isn’t all that bad of a term.  We have made a bad word out of “Daddy Ball”.  I’m not saying it is right to play favorites.  I’m not saying it is right to hurt a girl’s confidence.  However, we should embrace the fact that a Dad (or mom) has agreed to take the time to coach our kids.  The coach has to make 11 different individual decisions (each girl) for the good of the team.  Also, when an injustice occurs or we think has occurred due to playing time; we should look at it as an opportunity to correlate the situation with what life will throw at us later.  I have always told my players as well as kids, “Failures and Success doesn’t define you; it is how you react to the failures and successes that makes you the person you hope to become.”  We can use every situation as an opportunity to teach our kids.  We can use it as motivation to help with future opportunities.  If we are patient and look at the whole picture of life, we might be better off.

Life is not always fair.  Neither is softball.  However, how you react to these situations will determine your future and with that; you will be happy more times than not.