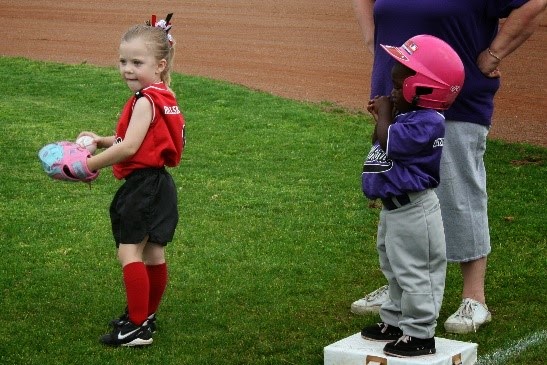 Here are a few pictures from Olivia Bauerschlag’s first season playing softball (although it was a co-ed team that used a baseball for their tiny hands).  She is 4 years old in these pictures and played with the Hillsboro Rec League.  It was a developmental T-ball team with parents on the field with the players during the games.  Olivia played mostly first base that season since she was one of the few that could pay attention and actually get the ball and get back to first for the out.  There was one game that she hit a line drive off the tee that hit the little boy playing shortstop in the stomach.  He cried for the rest of the game and had to be removed from the field! 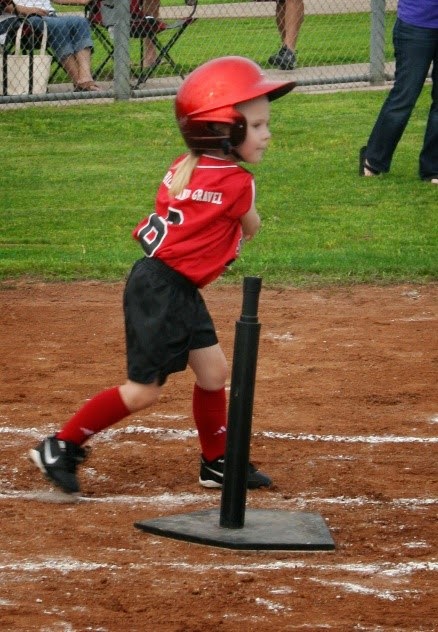 Today, Olivia can be seen playing second base for the Texas Travelers Select Softball Team.  She is very athletic and is used at multiple positions for the Travelers.